Panna Cotta isn'tt something I had ever thought to make at home before, and a dessert I'd only even eaten once, when a little cube of it was included on an artsy-looking modern dessert at Del Posto a few years ago.
But there was a recipe for it in a used cookbook I recently bought called Chefs of the Times, which is a compilation of a column the New York Times used to run, where it included chefs' thoughts about how they developed recipes in addition to the recipes themselves. The book itself if very late 90s--basically every chef has a different risotto recipe. I enjoyed reading it from cover to cover, and the recipe that stuck most in my mind was for this buttermilk panna cotta.
It was incredibly easy, just as the recipe promised--and unbelievably delicious. It tastes like rich, smooth cheesecake--just a bit tangy and not too sweet. It's the best new recipe I've tried in a really long time. I'm not usually particularly interested in desserts--but this one was fantastic.
I've made it twice recently: once, for a dinner party at my sister's, and for my husband's birthday. For the first batch, I decorated it with balsamic macerated rasperries, and for the second, with warm pecan salted caramel. Both were fantastic, and really, this would go with anything.
You can make a large panna cotta and slice it to serve, or you can make individual ones in a muffin tin. 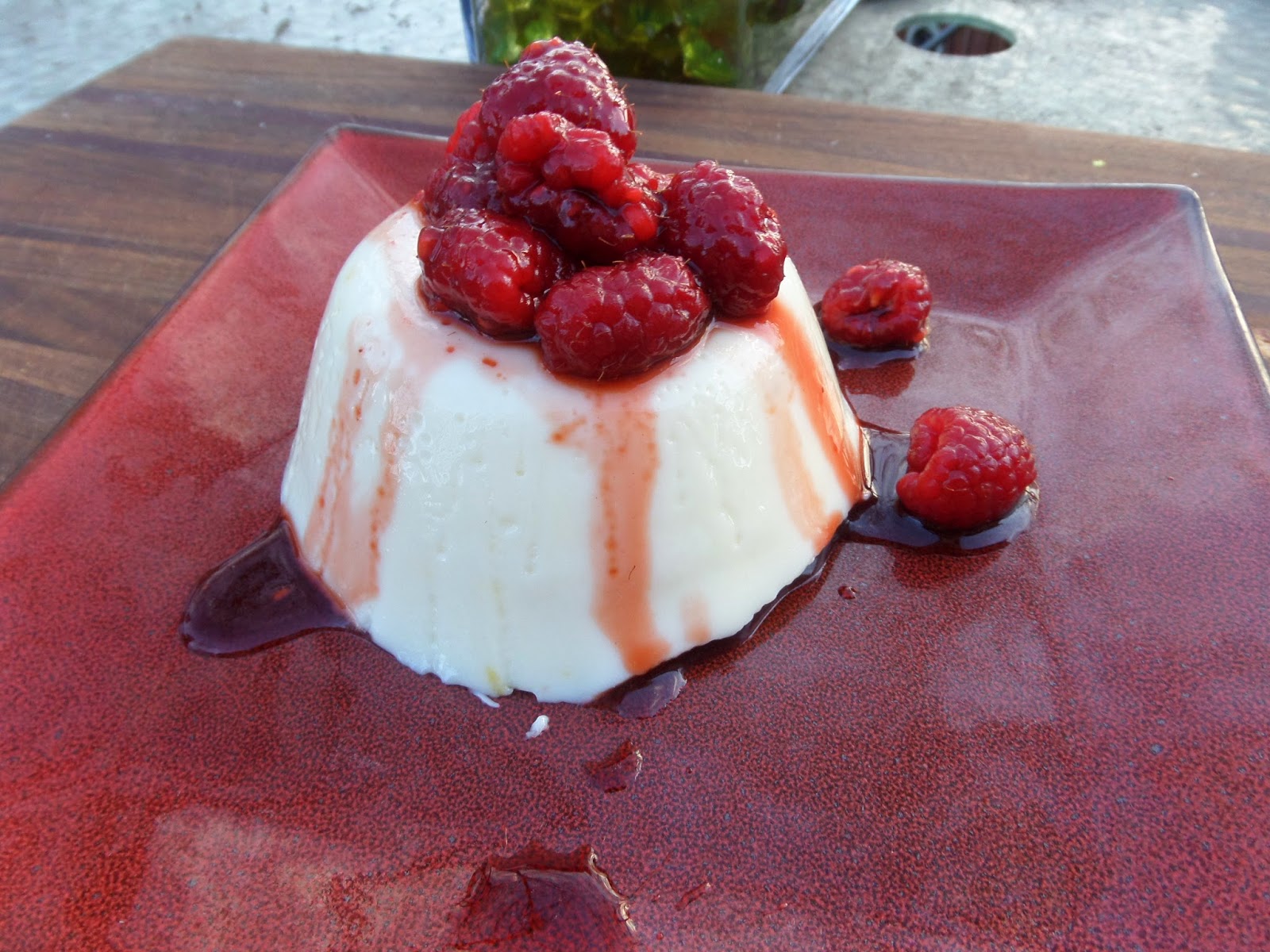 Lightly spray six 3/4-cup ramekins or custard cups with nonstick spray. OR whatever you are going to put the panna cotta into. If you don't have ramekins, muffin tins work just as well
Heat cream, buttermilk, lemon peel, and sugar in medium saucepan over medium-high heat, stirring constantly until sugar dissolves. Increase heat and bring just to low boil, stirring occasionally. Add gelatin and whisk like crazy. Remove from heat. Add vanilla. Whisk until there are no gelatin lumps. Cool mixture to lukewarm, stirring often. Refrigerate panna cotta until set, about 4 hours.
DO AHEAD: Can be made 2 days ahead. Cover and keep chilled.

Again this SO so delicious. It's the sort of dessert you only expect in a restaurant, but couldn't be easier to make at home.
Enjoy!
Posted by Unknown at 2:06 PM