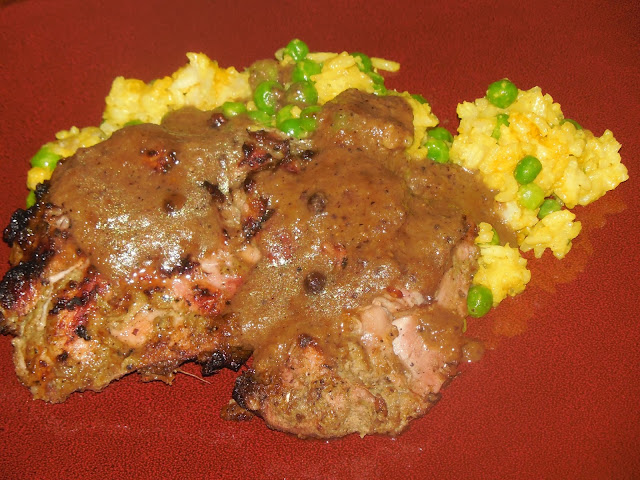 My senior year of college, I acquired a pretty shitty and stressful job as the manager of the after school program at the Binghamton YMCA. I thought having this on my resume would help me get into TFA, which apparently it did. I had kids from age 3-12. The just-out-of-jail residents of the hotel on the upper floors were inevitably setting off the smoke alarms when I had the little kids in the pool, causing us to have to hustle outdoors into the street, with icicles forming on the kids' chlorine-y hair while they shivered and begged to go back in. My program had a bitter standoff with the old white ladies of water aerobics, who wanted us banned from the pool. This was, in my opinion, 95% due to racism, 5% due to the fact that, objectively, it's hilarious to cannonball into the middle of a water-aerobics class.
One mom was late to get her daughter and niece more often than she was on time. But: she ran a soul food / Jamaican restaurant in downtown Binghamton (The Carribbean Spot) and whenever she was late, she would bring a styrofoam plate of whatever that night's special was to make it up to me.
That was the first time I tried jerk, and I loved it. Kadeeja's mom (just remembered her name) made jerk chicken, jerk chop, jerk goat. It was spicy, tangy, sweet, and rich, the meat swimming in a sticky sauce that leaked into the rice. She also made curry oxtail, fried catfish breaded in cornmeal, and shrimp stew. So this was a VERY good deal for me.
I have been making jerk chicken for a couple years. Some things about it ALWAYS turn out perfect: the marinade in invariably delicious. The sauce made from the leftover marinade is TO DIE. And coconut rice and peas is the BEST.
But--I cannot grill chicken 75% of the time. The grill gets too hot, not hot enough, etc etc etc. When I do get it right, it seems random.
This jerk chicken was no exception. It stuck to the grill and turned out super-soft and somewhat shredded.
But it was still delicious.

What to do
1. Put the scallions, garlic, habaneros, lime juice, soy sauce, oil, sugar. allspice, pepper, cinnamon, and ginger into the blender and blitz it smooth. 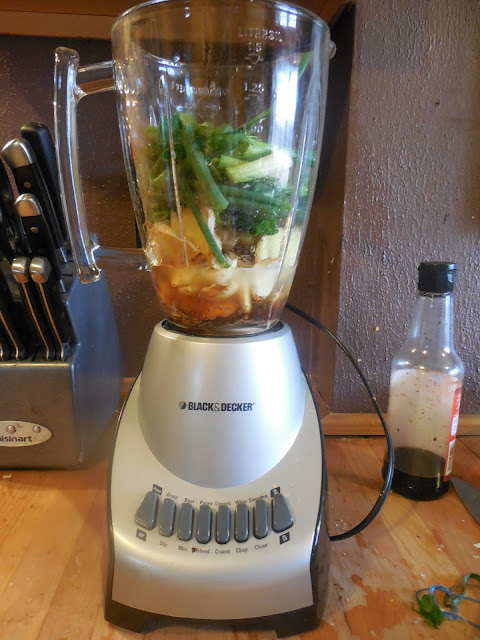 2. Put the chicken in a bag and cover with the marinade. 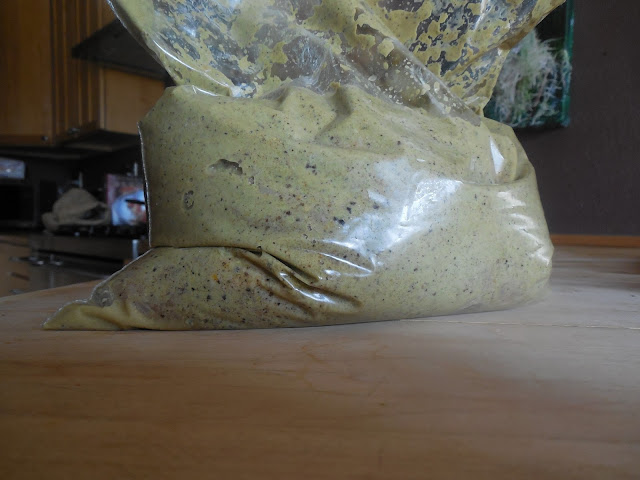 4. Leave the marinating chicken in the fridge overnight.
5. Get the chicken out and shake any excess marinade off of the pieces of chicken. Get your grill going,
6. Put whatever leftover marinade you have into a small saucepan. Add half a cup of water, a few (10?) allspice berries, 1/4 cup of brown sugar, and a TB of soy sauce. Simmer into a syrup--now you have jerk sauce!
7. Grill the chicken. I can't totally offer good tips here, because I always do it wrong. Perhaps you know how to do this better than I.
8. Drizzle the jerk sauce over the grilled chicken. 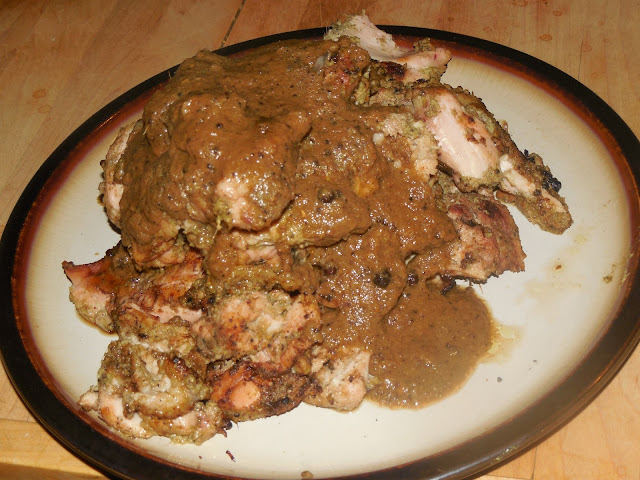 Serve with coconut rice and peas! 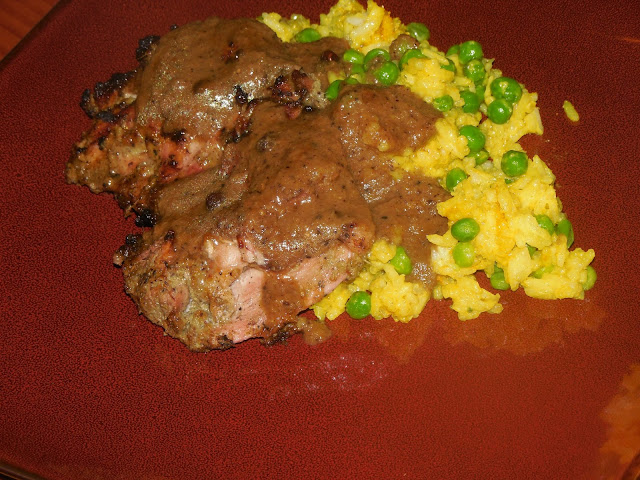 Recipe for coconut rice and peas:

Cook 2.5 cups of white rice with a can of coconut milk and a can of water. Add 1 tsp of turmeric and frozen peas.

In summary, this was nowhere near as good as the free I'm Sorry jerk chicken back in Binghamton. But it was still really, really good. And the rice and peas is fantastic. Maybe I will eventually get the hang of grilling chicken.

Email ThisBlogThis!Share to TwitterShare to FacebookShare to Pinterest
Labels: chicken