Far and away, the best food location I've ever lived in was the Rio Grande Valley. With the possible exception of Cajun food, I think it's the best regional eating in the whole country. The valley-dweller cannot help but encounter phenomenal food everywhere she goes. Never have I had a more wonderful breakfast than the Breakfast Tacos at the gas station down the road from the high school where I was teaching--the flour tortillas were made right there behind the counter (flour, water, salt, lard--patted translucently thin) and you could choose from about 10 different fillings--from Chorizo-Egg-Potato to Egg-Nopale to Egg-Chile-Chicarron. So fabulous. I often bought two and had one for breakfast and the other for lunch and was usually wishing for a third around 3 pm.
The Valley has a ton of dishes you rarely see elsewhere: carne guisada, for instance, I haven't seen on a menu anywhere since. Or the Papa Fuerte--a baked potato busting with meat, cheese, and salsa roja. Tortillas made with black or red corn. Cabrito en salsa (ok, that's everywhere, but I had it first in the Valley).
But: the best thing to eat down there is the CARNE ASADA. Every taco stand seemed to have the best steak you'd ever had. If you went to a sit-down restaurant and ordered the Parriada, a pile of smoking, succulent, charred-yet-juicily-rare, deadly-delicious meat would appear. It came with grilled jalapenos, peppers, onions, and the ubiquitous, ever-heavenly house tortillas. Corazon! That's still my Last Meal--accompanied by copious canned Tecates.
So: this is not that. Not even close. But since I ever lived in the Valley, I have been obsessed with finding or creating the best carne asada I possibly can.
So while this carne is not Valley--it's really, really good.
Carne Asada Recipe

Ingredients
Chile powder
Salt
Black pepper
Skirt steak, boneless chuck steak, or beef: at least 4 lbs but you could do more.
1 head of garlic
2 jalapenos
3 limes
2 oranges or other sweet citrus
1 red onion
1 can of cheap beer. Tecate or Dos Equis are the best, but any crappy-type Pilsner will work.

What To Do
First, go buy some meat. I like either skirt steak or boneless chuck steaks for this. But any kind of thin-sliced beef will work. Look for something with fat in it--too lean will get tough. You will want leftovers so get a lot.
Then, grab your meat (heh) and RUB IT! (heh heh). Sprinkle both sides of the meat with salt, chile powder, and black pepper. Place the meat in a tupperware and leave it while you make the marinade.
Peel all the cloves of garlic and put them in a food processor or blender. Toss in the jalapenos. Juice the limes and oranges on top. Blitz it up!
Now, pour the marinade over the rubbed meat. And dump in the beer!
Then squish everything around so the marinade touches every meat-surface. Slice up a red onion and toss it in. Cover the tupperware and put it in the fridge. Leave it from anywhere between overnight to three days (done both--always good!). 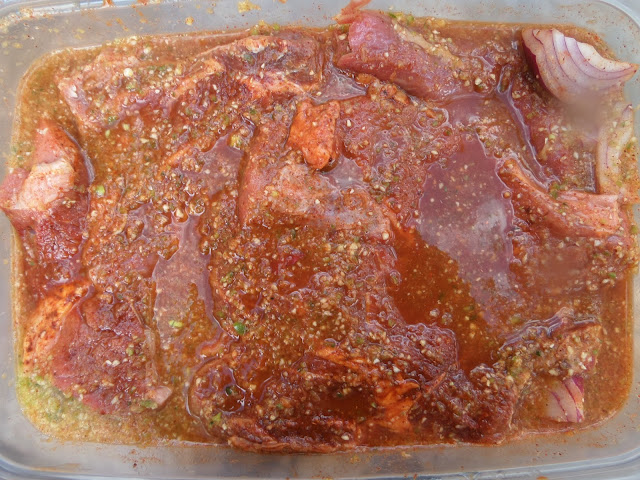 Then, take the meat out and grill it! 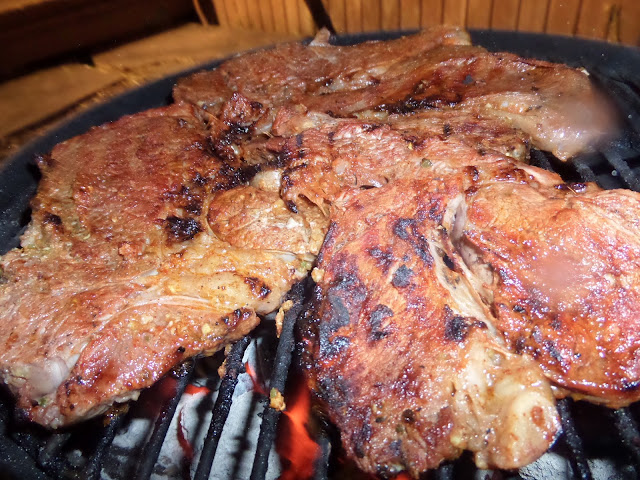 So, to go with this I made chimmichurri, salsa roja, guacamole, and some warmed-up corn tortillas. I also made a pot of chorizo and potatos in the interest of copious leftovers. 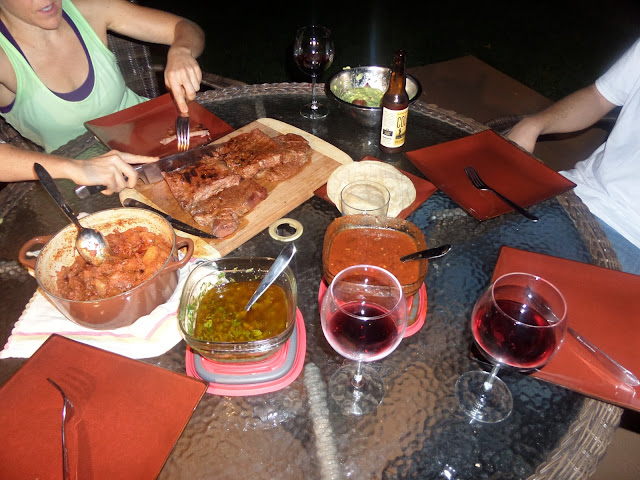 So, chimichurri: this is not a Valley condiment--I first found it in an Argentine restaurant in Managua, and have LOVED it since then. We had chimichurri on the steak at the wedding (nowhere near as good as mine).

What to do
Put the garlic in the food processor and blitz them up into teeny little specks. Then, add the parsley and pulse a few times: you want the parsley chopped but chunky. 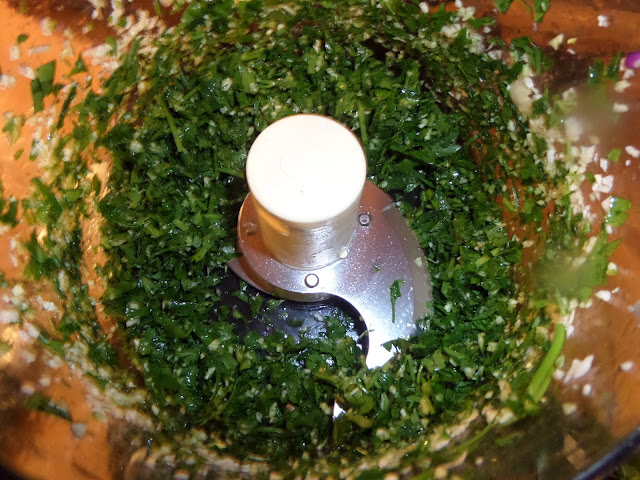 Place in a container and add the vinegar, oregano, lime juice, honey, and oil. Season to taste with salt and cayenne.
Serve at room temperature. Dribble over steak (or veggies. Or fish. Or chicken. Anything) 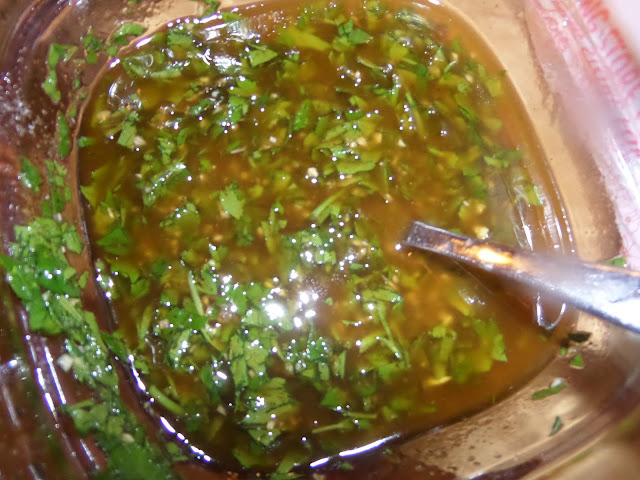 We ate this on the back porch and it was GREAT. 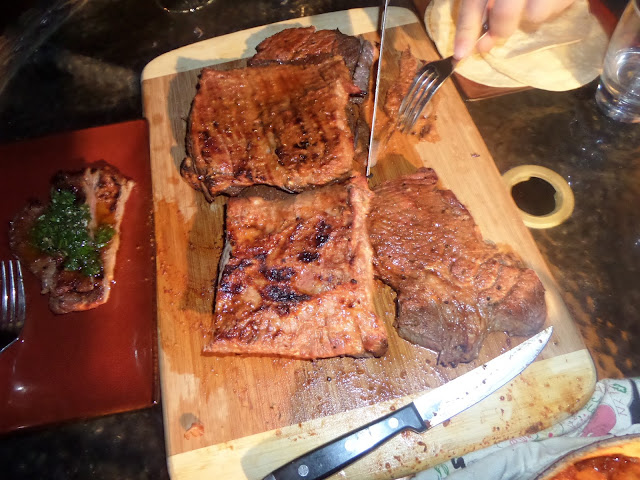