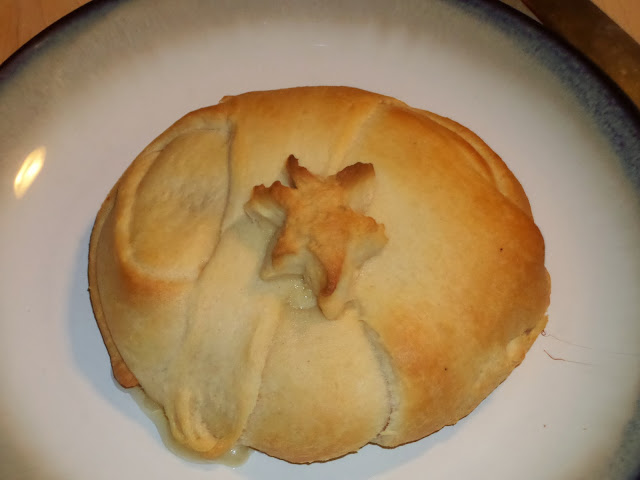 This recipe is courtesy of Eric, one of my favorite people.
Eric was / is my brother's best friend since middle school. They met when Kevin joined the school play in New York, shortly after my mom moved there. Kev brought Eric back to the house to play Xbox, and he fit right in! From then on he was sort of the fourth sibling--he made Christmas cookies with us, my mom yelled at him about his grades, he napped on our couch and cuddled my mom's wiener-dogs, volunteered my mom's museum parties, gossiped with my mom and grandma, wore amazingly chic, colorful clothing even on average Tuesdays.

This is the easiest possible thing to bring to a party, and everyone loves it. 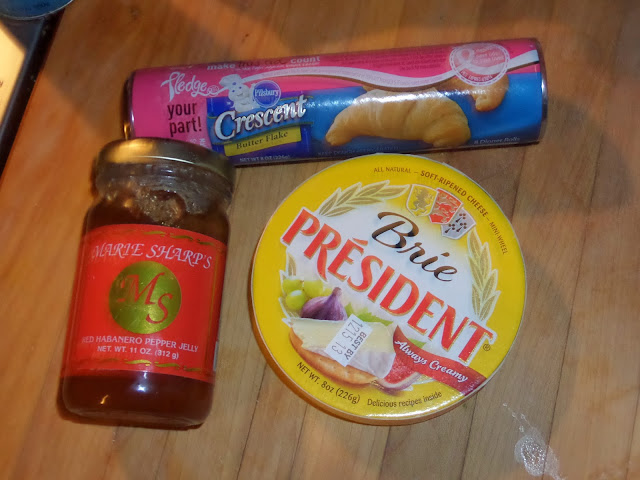 Ingredients
1 brie
1 package of croissant dough
about half a cup of jelly or fruit preserves (I used hot pepper jelly, because that's what we had)) 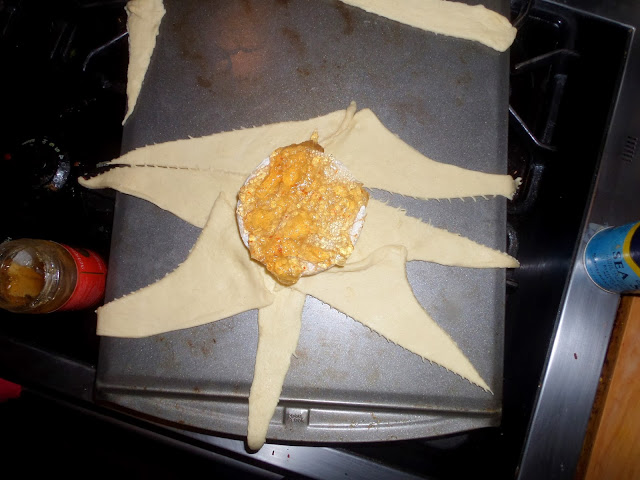 Unpeel the croissant triangles and lay them out on a cookie sheet making a star shape of sorts. Place the brie in the middle and put the jelly on top of the brie.
Wrap the brie with the pastry triangles. No part of the cheese should be showing--cover it completely. 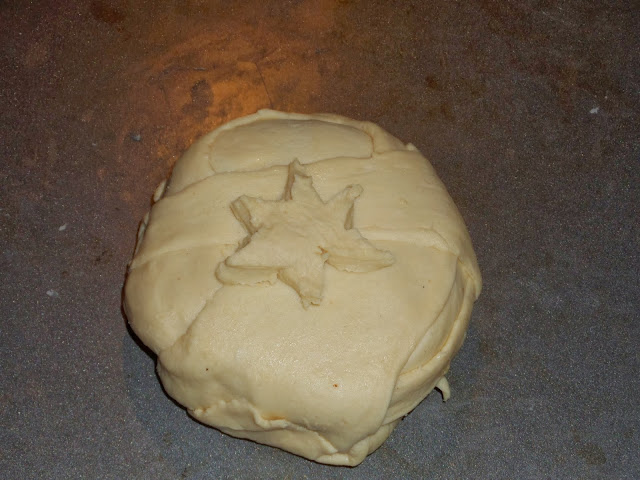 Use the leftover croissant dough to cut out a shape for the top--for a friend's recent Bachelor party, I made a dong.
Bake at 350 until the dough is golden brown. Serve while it's warm, alone or with crackers. 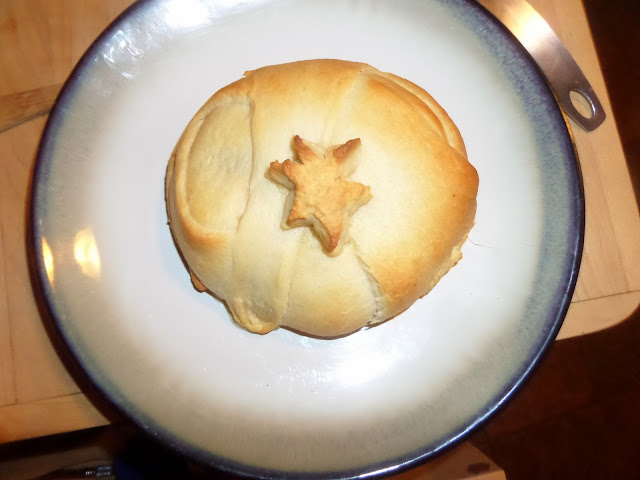