By "sour cream", I don't mean such as you would buy to put on tacos. I mean, there was a bottle of whipping cream in my fridge, and it went bad. 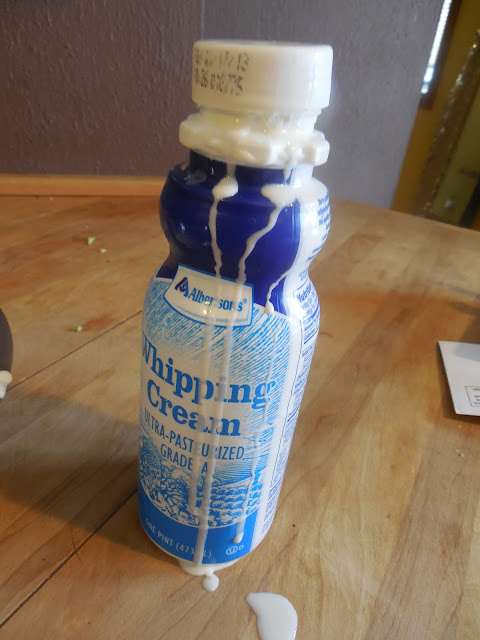 The bottle was maybe a third or quarter full of stinky cream. I found this out by ruining a cup of coffee.
It was a snow day, so I felt like baking something. Somewhere in the back of my head was an article I read about how people used to use rotten milk as the rising agent in bread. It makes sense--all kinds of bacteria create gas, plus, you like that sourdough funkiness in bread. So I decided to experiment: use the gross cream to make bread.
I started like you would with any bread: I dissolved a package of yeast in some (about 1.5 cups) warm water with 2-3 tablespoons of sugar. I also added the bad cream (probably about a third cup) to the mix, then waited 20 minutes for the yeast to froth up: 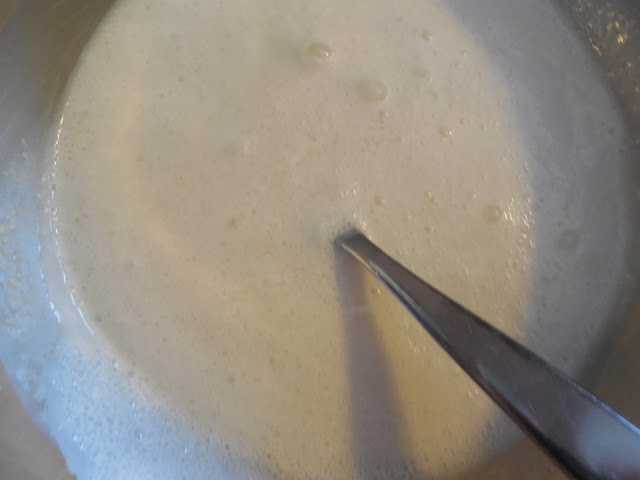 I seemed to me this yeast got foamier than yeast usually does. Perhaps whatever microbes lived in the cream joined forces with the yeast for even more riotous fermenting?
Then, I added flour and mixed / kneaded until I had a pliant, not-too-sticky, cohesive ball: 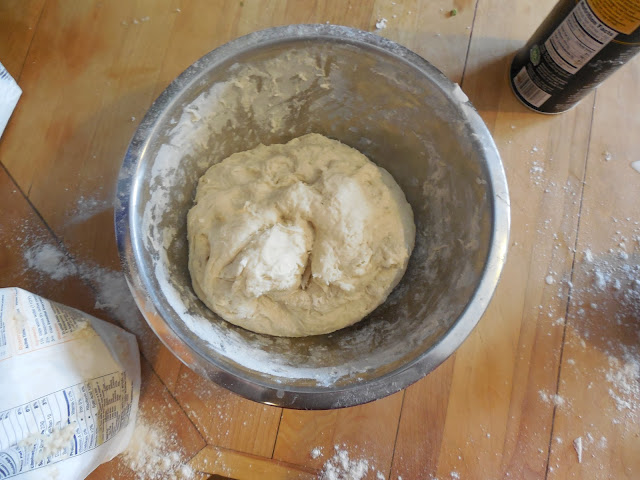 Then let it rise for half an hour: 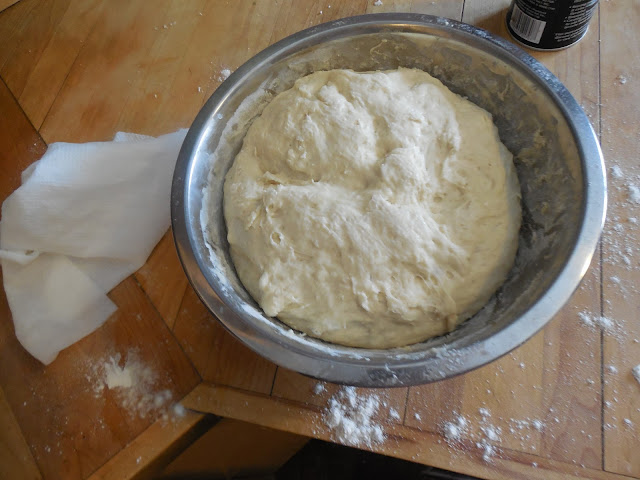 Ok, so I let this bread rise in a weird way: I stuck it in the dishwasher. It had just finished a load of dishes, so it was all warm and moist in there: perfect yeast weather. I wedged the bowl in among the clean plates and closed the door. The sterility of my kitchen is clearly not a top priority.
Then, I rolled the dough into little balls and brushed them with melted butter and sprinkled them with salt: 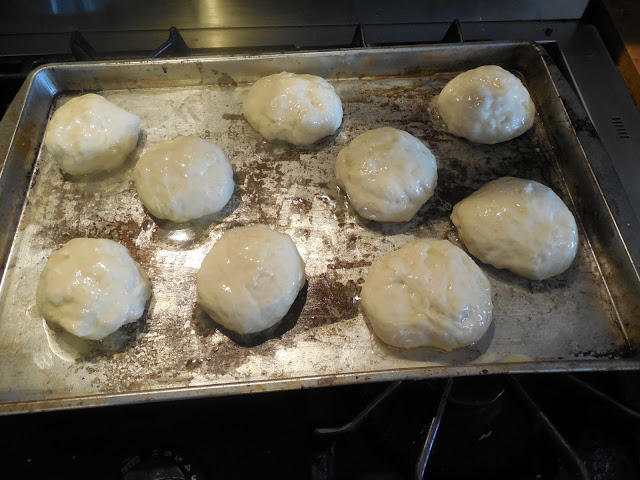 Then let them rise for another half hour: 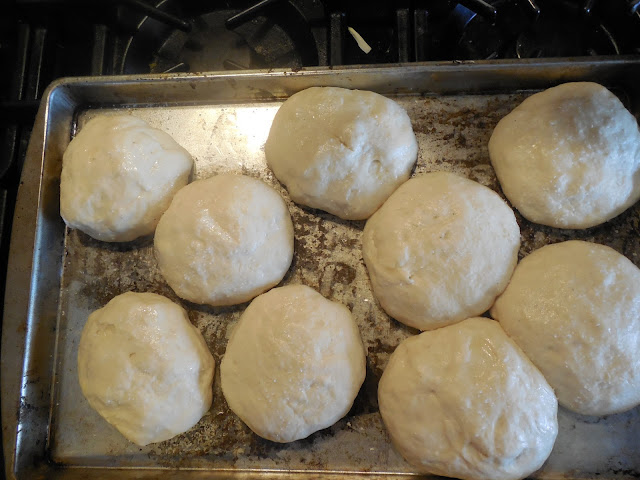 Then baked them in a 400 degree oven for 35 minutes. With 5 minutes remaining, I took them out, brushed the tops with an egg white, then put them back in. 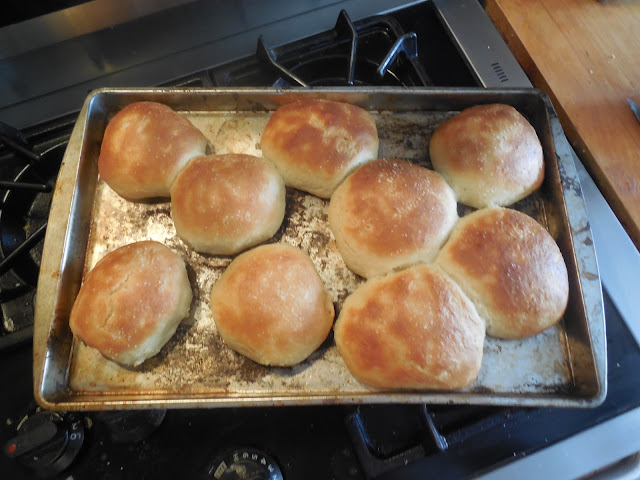 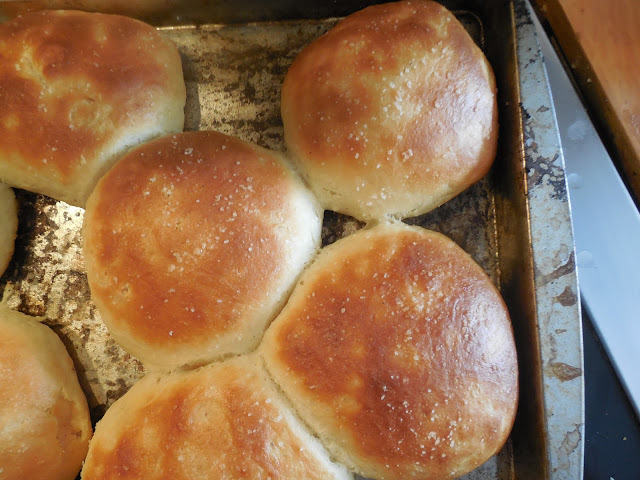 These came out great! They just taste like good bread. Did the sour cream make any difference? Or do they taste exactly as they would have without it? I can't tell.
But they were good. My high-altitude bread making has been inconsistent. Sometimes my bread comes out dense and heavy--but these were light and spongy in the middle with a nice crisp crust.
Can't wait to make sandwiches with it.